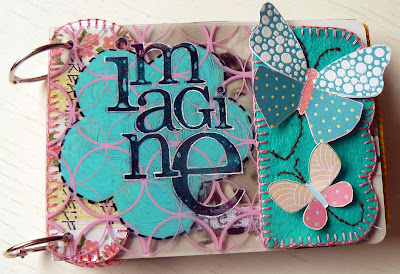 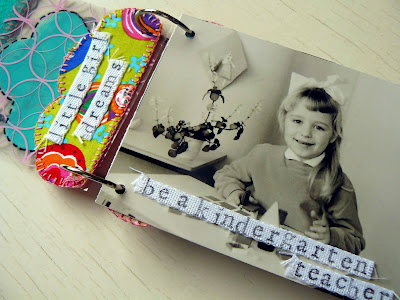 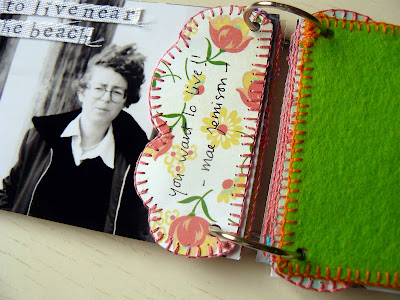 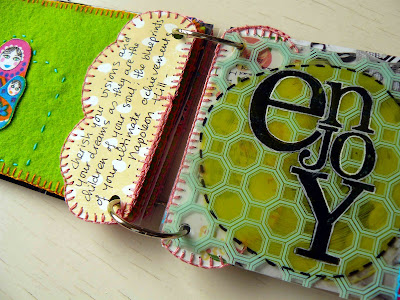 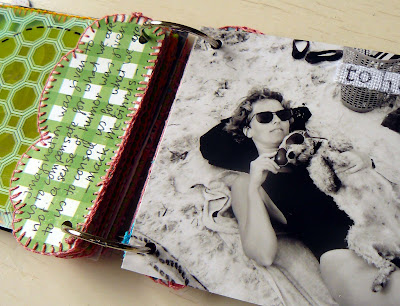 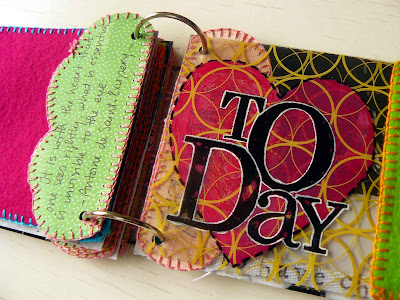 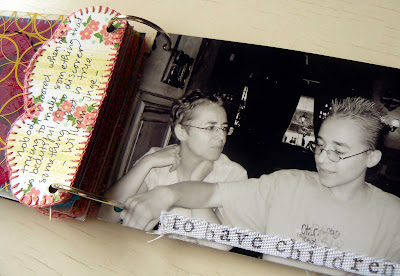 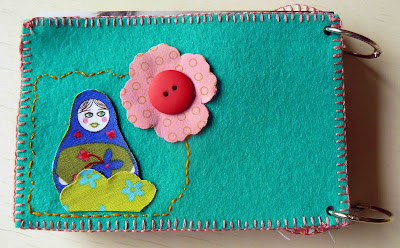 Finished my final project from Scrap-A-Licious: Revlie's mini!!!
I made mine about Imagination and a little girls dreams. I'm still dreaming about living near the beach!!
I haven't been feeling very happy lately and have been down with a nasty flew for almost a week now. Today I'm feeling a bit better though, but on Tuesday I also got some back problems. I was trying to fill the washing machine and while bending over I felt this horrible pain and almost couldn't get up straight again. So for a couple of days now I really look like an old lady when I try to stand up and walk (it's really hilarious to watch!!).
Besides the not so funny stuff that's going on right now, we also got some good news yesterday about my son and his troubles with school and the cab!
From now on my son doesn't need to go to school on Wednesdays anymore. On Wednesday he can have a homeprogram. It allows him to recuperate a bit from all the stress (overload of stimuli in a school environment) halfway through his school week.
He is also going to be transported by another cab which will arrive at 7.45 am.
It's because of our family case-manager that all these positive transformations are made possible! Just one call and everything was settled.
Well not entirely because something went wrong this morning.
The old cab driver came along at 7.35 am. Because we expected a cab arriving at 7.45 am my son wasn't ready yet. I explained the cab driver what was going on and told him I had to call the central about what to do. While I was talking to the guy from the central (who knew nothing about a change), I saw the cab driver getting nervous and ticking on his watch. I went to our front door and told him I was talking to the central and that he just had to wait a bit longer. But than he got angry and left. I told the guy from the central and he immediatly called the cab driver and told him to get back and pick up my son. When he returned he was very irritated and was complaining about us. That was it!!! Enough is enough!!! I exploded!!! And when I explode, I really EXPLODE!!!! hahahaha
So, I told him exactly what I was thinking about is rude manners and about him complaining about Zander being late but that it was only because HE forgot to tell us that he could be picked up 7 minutes later for the last half year or so. It didn't impress him much because he was making this move with his hand (fuck you) behind the bushes in my direction. I made the same move in his direction and also said it out loud because he wasn't looking in my direction (the door of the cab was closed by then, so I don't think the kids hear me say it!).
I felt/feel really great after this explosion. Something heavy is now out of my system.
The family case-manager is now working on finding out what went wrong this morning, because yesterday they assured him (not once but 3 times) that my son would be picked up by another cab starting today.
Edited:
Sad news!!! The family case-manager came over this afternoon to tell me that there isn't another cab that can transport my son to school! The guy that told him yesterday that there was, wasn't even allowed to make the kind of promises he did. So that's a big bummer!!!
The good news is that the cab driver has to make his excuses to me and to my son about his behavior!!
My son told me that after they had left this morning, the cab driver was on the phone with the guy from the central I also had spoken to earlier this morning. The cab driver was complaining about my behavior and that I had made the fuck you sign to him (not telling ofcourse that he started) and that I had been calling him an idiot. But the guy at the central asked him if he had said anything to me first before I got angry. Ofcourse the cab driver told him that he didn't. But then my son heard that the other guy told the cab driver that when he was on the phone with me earlier, he could hear him talk to me in an agressive manner and that he shouldn't have done that.
Although I'm not happy with this outcome, I'll have to deal with this situation and make the best of it and so does my son!
The family case-manager also told me that I have to apoligize also for my behavior today, but only to please the cab company and the cab driver, show them my good will, blablabla. He's still 100% behind my outburst!!!

That album look great.Heb een lil give a way op mijn blog dus join in if you like. Happy eastern. Mika (www.mikascrap.typepad.com)

Ohhhh, wow! This just turned out to be a fantastic album! This is by far the project that is going to take more time for me but I really got inspired now that I´ve seen yours! Hope things end up well with your son!